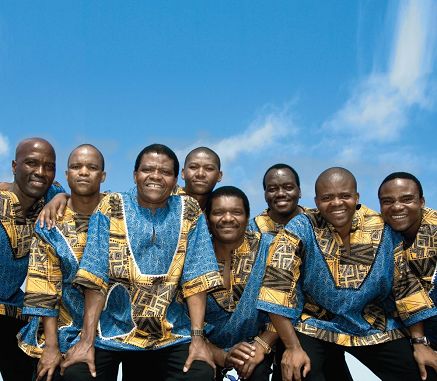 Dance to the beat of a Rhythm Nation and Singing Sensation: Ladysmith Black Mambazo! Now that the gods have heard our prayers (the gods must be crazy, fyi) and Wikipedia is back and more revealing than ever, I can give you the full scoop on today’s “Spotlight On.”

One of the things I love about looking up Ladysmith Black Mambazo (not the group itself – this is regarding looking up the group) is that the first phrase used to describe them is “all-male.” I always thought (always = a few times over the course of 25 years) Ladysmith was an honorable title, and “Black Mambazo” was an intimidating nickname. To my shock, Ladysmith is the town from which founder (and possible Family Ties theme inspiration?) Joseph Shabalala hails. So check your preconceived notions at the door – these guys aren’t “lady” smiths – song smiths is more like it! 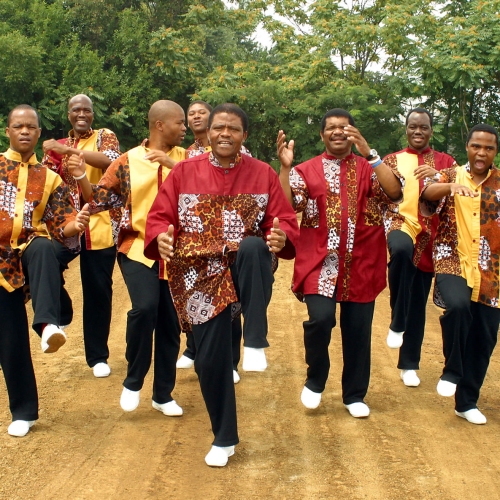 Ladysmith Black Mambazo’s singing style combines “Isicathamiya,” a South African Zulu style also known as a cappella, and “Mbube” another form of South African vocal music that is “all-male” and is also similar to a cappella. Mbube means “lion” in Zulu, and hails from the year 1933 and a boy named Soloman Linda. Stateside folks recognize this little ditty as The Lion Sleeps Tonight.

I now preset the music of Ladysmith Black Mambazo. This is a group that went from a dream to a reality to a global phenomenon. I’m going to South Africa soon for the first time, I wonder where they hang out? And if they’d let me lend some of my own song-smithing? Nah!

This entry was posted in Ditties, Spotlight On... and tagged Isicathamiya, Ladysmith Black Mambazo, Mbube, South Africa. Bookmark the permalink.